Our playlisting service is focused on optimising your music, both before and after your work is released.

Before your work is released we will provide:

Pre-Save Campaign
We will create a Spotify Pre-save link for your new release. This can help with creating hype before release day on your socials, boost release day streams and positively impact Spotify’s algorithm.

Metadata
Data has become a vital factor in streaming success. We will feed Spotify’s algorithm key information on you as an artist, by building you an online profile – giving you the best chance of being discovered.

After your work is released we will be pushing your music to:

Algorithmic Playlists
Algorithmic playlists play the most important role within Spotify for building your streams and fans long term. They are tailor suited for the end-user and drive the most streams to you as an artist. Our ultimate goal is to 10x your listeners on the coveted ‘Discover Weekly’ playlists or for debut and for developing/debut artists to ensure you land on there. You can then expect to remain on these playlists for anywhere between 1-2 years. This is how real active listeners and fans are made through streaming.

Independent playlists, Metadata, Pre-saves, and streams will all give you the best chance of being discovered by the algorithm.

A member of our streaming team will be able to assist on all aspects of your release on Spotify. Communication is a priority for us, and our playlisting team are available to talk via email or video call at any time during your campaign.

Independent Playlists
We focus on securing your playlists that have a great follower count and only the highest level of engaged listeners. We target appropriate genre and mood specific playlists to ensure that your track receives attention from the right audiences. Our aim is to turn those streams into organic fans! 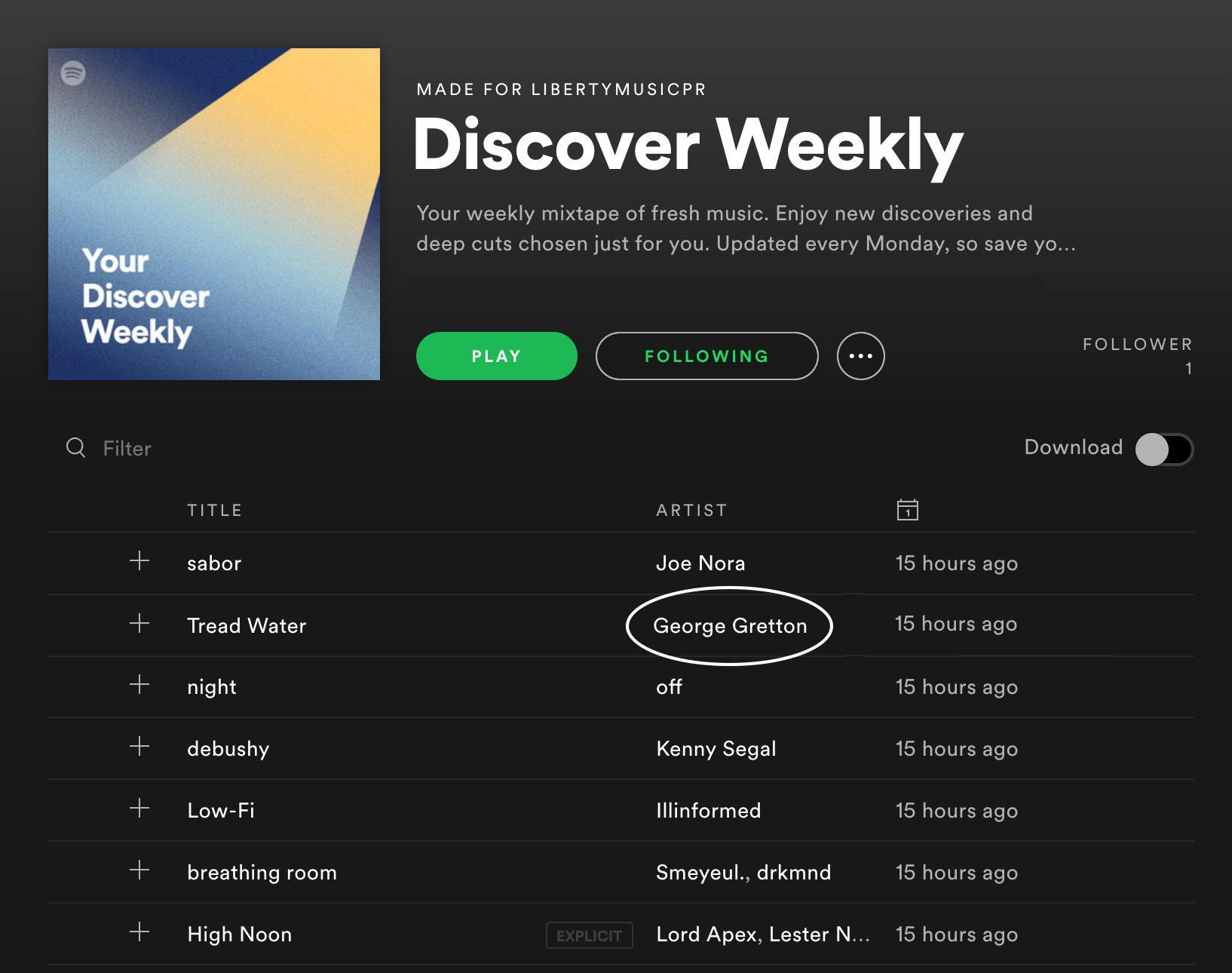